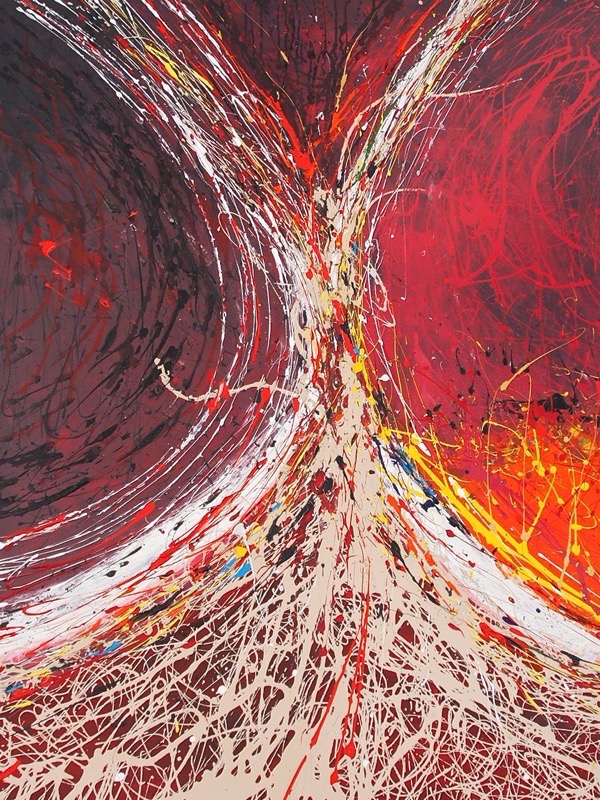 Neelum Nand’s The First Element: Ignite is the first of her five exhibitions that explores the relationship between the physical and metaphysical world. The works on display are abstract-expressionist in style, converging on the element of fire. Attributed to its transformational and purifying powers, fire embodies hate, love, lust, passion, anger and creativity. The artist aspires to recover man’s lost innocence within the universe, uniting physical presence and emotional transcendence. Nand’s paintings make use of expressive touch and motion, reflecting the chaotic and unyielding nature of the universe of which fire is a symbol.

“Ancient philosophy states that all matter is composed of five elements. Inspired by the miracles of child birth, my series is a spiritual journey that attempts to understand these life forces that shape us. In understanding the divine, our modern sophistication has lost the key understanding of spiritual energy. Perhaps with this knowledge, we may come closer to a universal truth.” – Neelum Nand

The exhibition will be opened by Melissa Thomas, CEO Aspen Film Corporation in Association with Universal Pictures, Los Angeles CA.