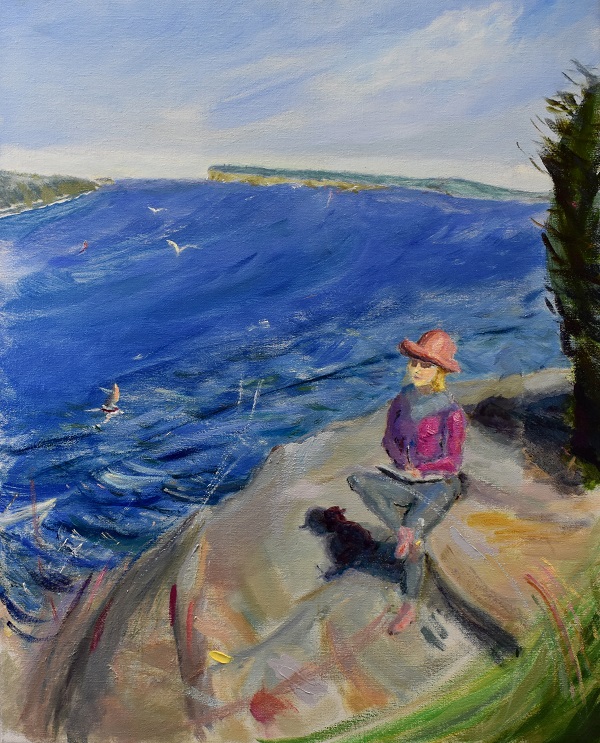 In Embodied Landscape II, HowardArthur Tweedie builds on his previous exhibition by further exploring the complex and inseparable relationship between people and place. This new exhibition employs pastels and oils to portray the wild movement of life by examining the impact of the environment on the human psyche. Through a culmination of fluent techniques from both the portrait and landscape traditions, Tweedie gently fuses the separate forms of the land and the figure to accentuate the inextricable connection between the two – despite the occasional departure of the people from the place, they are nonetheless affected by the landscape and vice versa.

“My new series merges forms and traditions, capturing the powerful and consuming force of place on people, and depicting the light of the sun dancing on skin and waves alike. Riding on years of a disciplined art practice in Sydney, France and Spain these works combine spirited plein-air outdoor painting with gestural works.” – HowardArthur Tweedie

To be opened by Paul Delprat, Princpal of the Julian Ashton Art School.