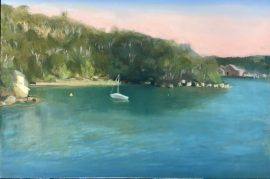 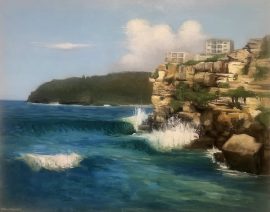 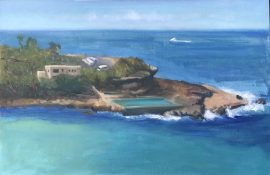 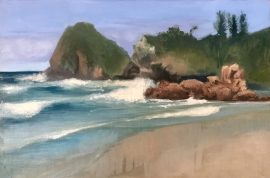 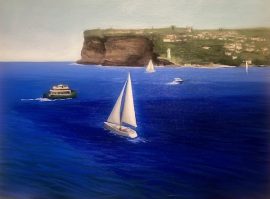 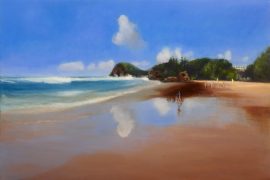 Biography
Vittoria Vieceli is an Australian artist from an Italian family background that has an intuitive and passionate approach to art. As a child, she spent many a day accompanying her mother on en plein air painting with the local Port Macquarie Art Society members, where Vieceli developed a strong appreciation for art.
As Vieceli’s interest in fine arts grew, she pursued a BFA at University of NSW after which, she traveled to Italy and immersed herself in its rich cultural history. In 1995, Vieceli had her first solo show of ink drawings in Venice, depicting local scenes and inner thoughts of her travels. Upon returning to Sydney, she established a gallery in Manly where she showed her own paintings reflecting the natural environment of the local area. The gallery was later offered as an exhibition space for local artists to hold group shows. For many years Vieceli was a committee member of the Manly Arts Festival and in 1998 she initiated “Chalkiest”, a street art event, celebrated by art enthusiasts which was later sponsored by Sydney Water.
In recent years, after having a break from running the gallery to start a family, Vieceli returned to drawing and painting practicing at the Julian Ashton Art School. In 2019 she was awarded two art prizes for her oil paintings at the Annual Julian Ashton School Art Show which sparked a renewed interest in her oil painting practices. The latest exhibition “Of Land and Sea” is comprised of mostly plein air “colour sketches” in oil. It unifies Vieceli’s past and present art practices, combining her intuitive approach to art with the discipline of drawing, light and tone as a means of appreciating the contours of landscapes that Vieceli calls home.