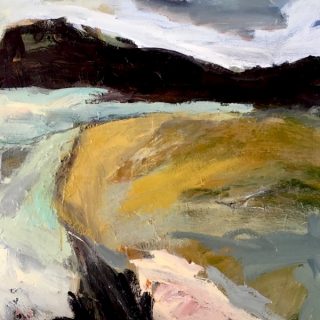 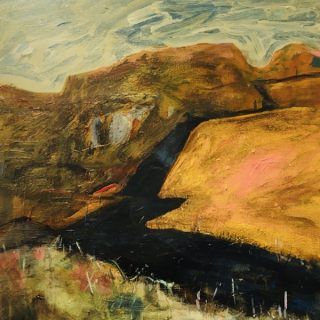 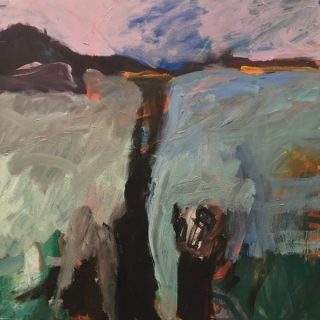 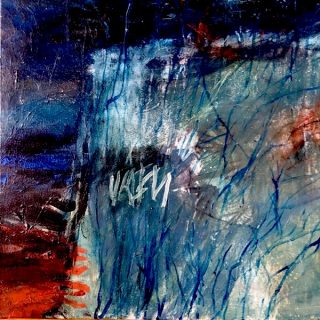 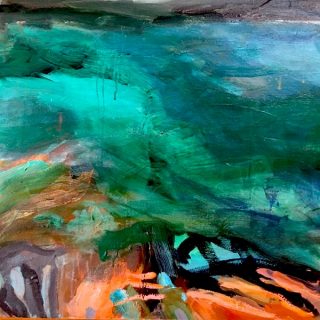 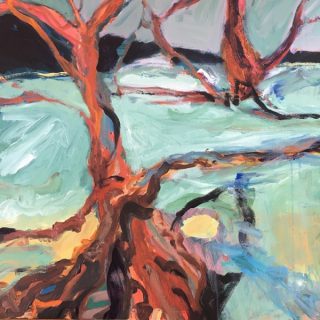 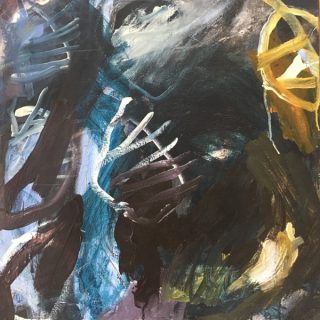 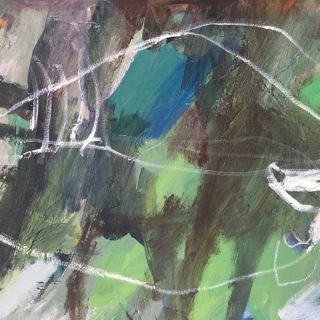 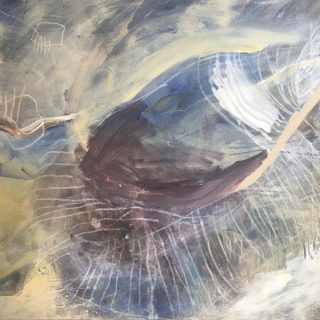 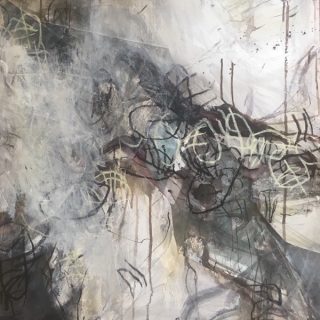 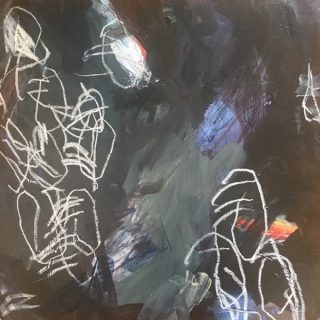 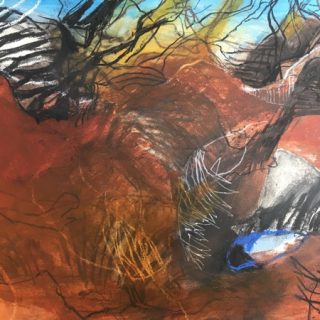 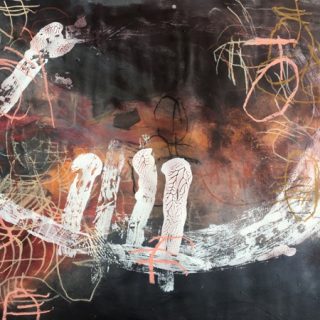 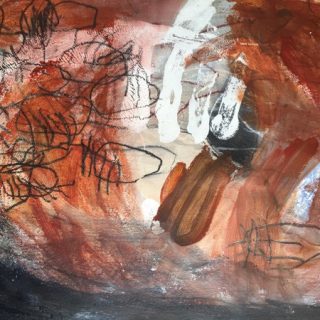 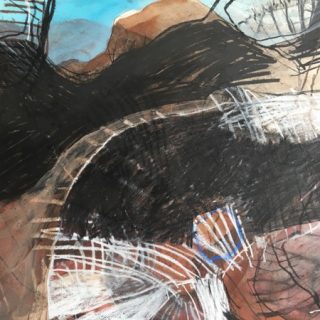 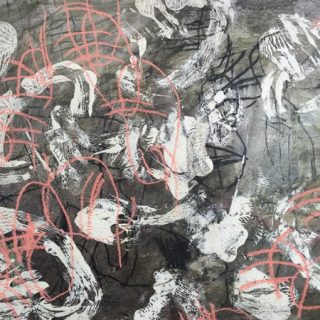 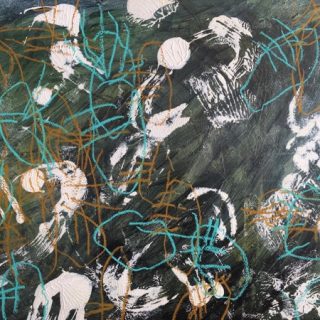 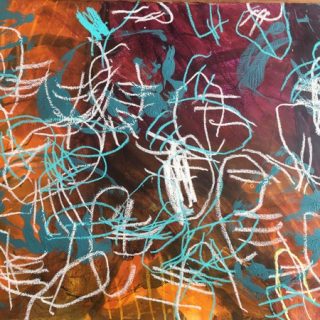 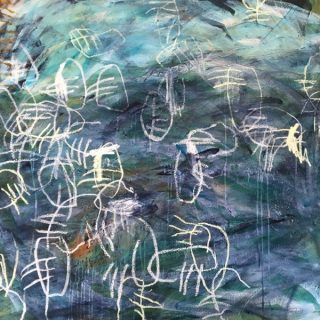 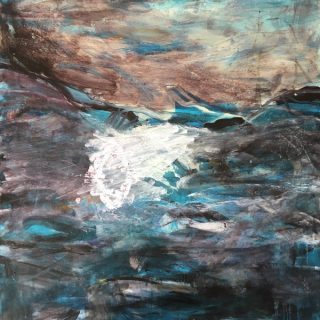 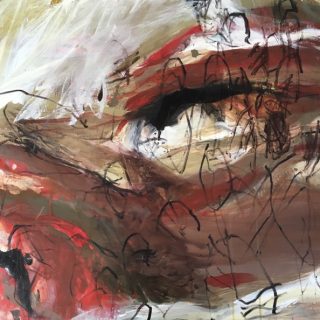 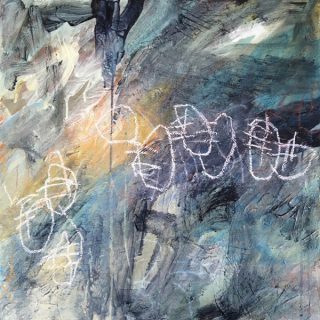 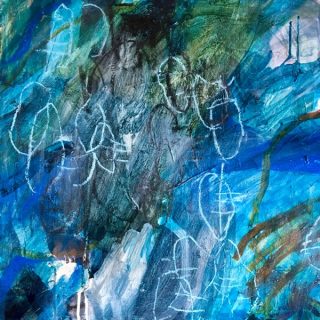 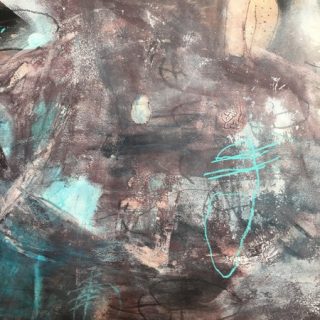 Artist Statement – Take 6 for IWD
Being involved in Take 6 for International Women’s Day has been precious. Early on as a group we decided to focus our creative attention on landscape. I began initially working outdoors and later moved into the studio, connecting with photos, sketches from field trips, or with threatening and tragic newspaper images and stories during our recent bushfires. With this process, I then just began responding intuitively either … hoping for rain… wondering where to from here… after the fires…or just simply connecting with a sense of nature’s extraordinary energy, beauty and indeed fragility.

Biography
Phillipa Butters’ contemporary art practice is intensively varied as she experiences the diverse joy and therapeutic nature of the creative process in various mediums. For Butters, branching into Art Therapy, the amalgamation of art and therapy, was inevitable. Her role at an Art Psychotherapy private practice facilitates Art Therapy groups and enriches her art practice. It intensifies a crucial dimension that empowers Butters in ‘seeing things differently’. This dimension is strikingly depicted in her art work. Butters has enjoyed a fruitful artistic career and has been a finalist in numerous Art Prizes.

Other Work experience
Worked as a social worker, volunteered and later as an Art Therapist for over 25 years within the welfare, education and health sectors both government and non-government in local, state and national organisations.