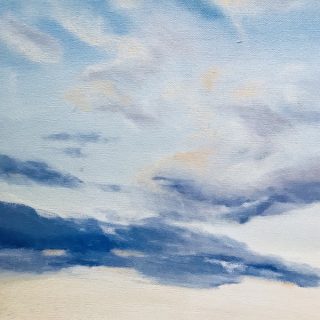 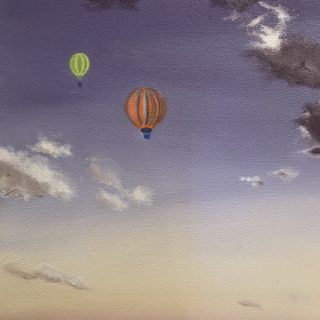 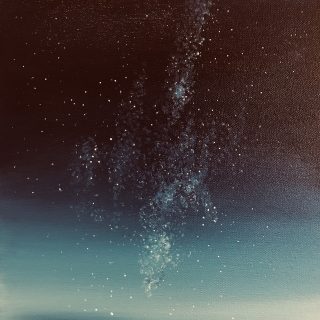 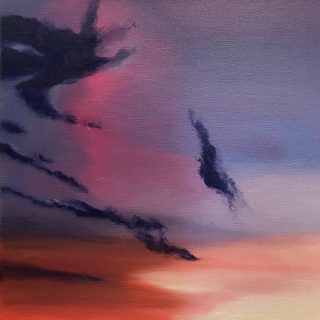 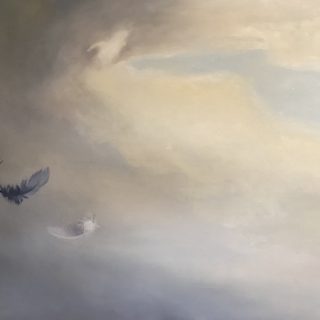 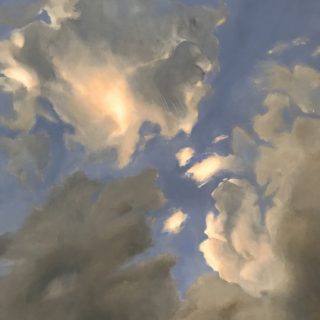 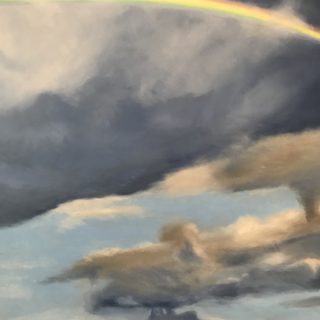 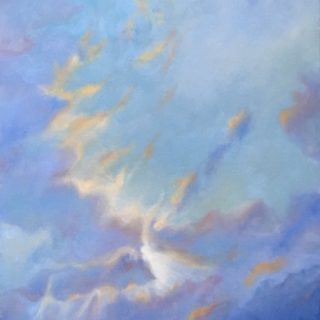 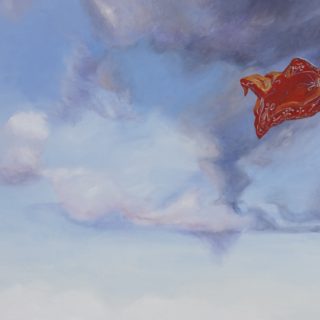 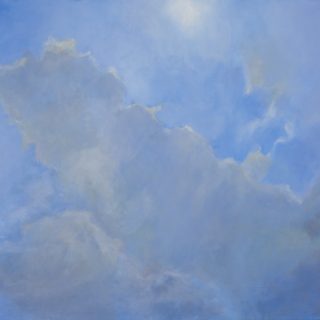 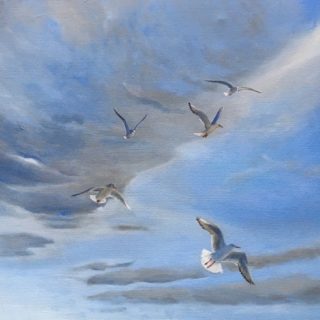 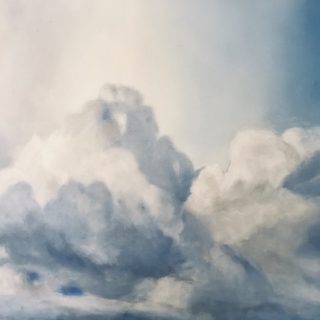 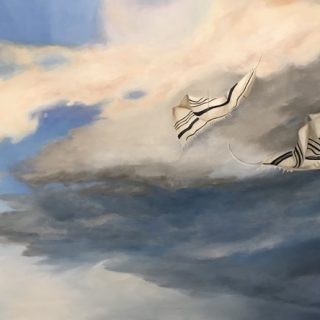 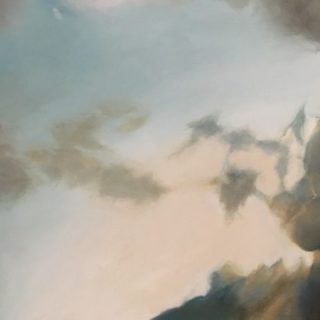 Biography
Marion Kramer was born and raised in Sydney where she graduated from the National Art School with a Diploma. She initially worked as a designer both in Australia and Overseas for various advertising agencies in the setting up of expositions. Upon returning to Australia, she went back to the National Art School gaining a certificate in painting as well as studied at the Julian Ashton Art School. She is much in demand as a teacher, working at various institutions and at private requests.

Artist Statement
These pieces are inspired by the brooding forms that take shape in the sky – this poetry, rhythm and drama that seems to contract itself, via cloud formations, light, air and colour. Setting the representational against the abstract, I paint these elements that can’t be held or grasped. The environment in my paintings is restless and palpitating, not needing to be understood but felt.