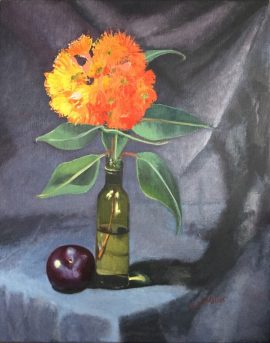 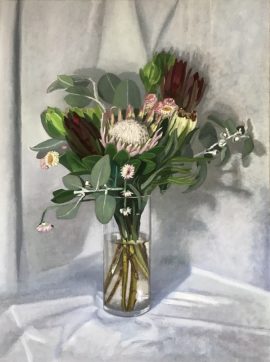 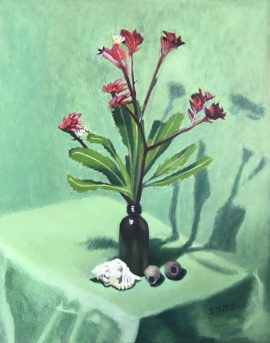 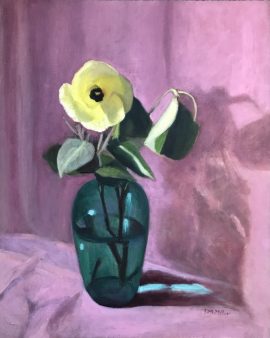 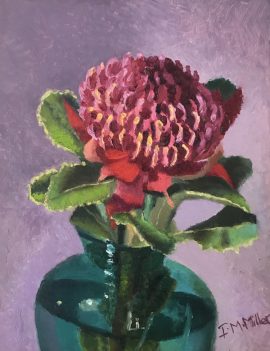 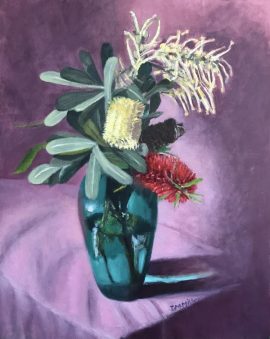 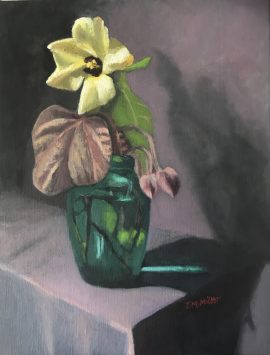 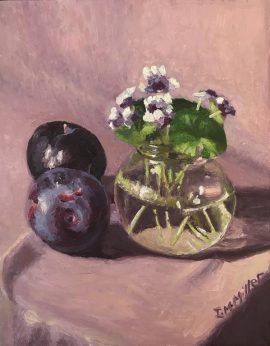 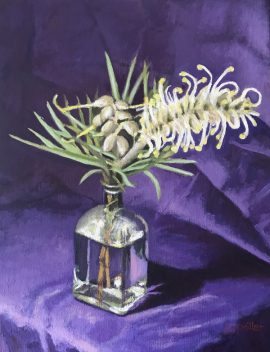 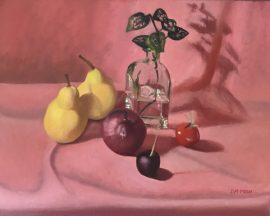 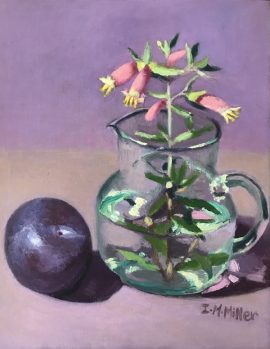 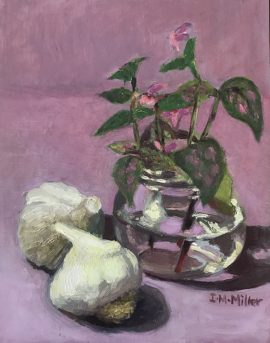 Garlics and Plant in a Bottle, oil on masonite board, 26 x 21 cm (incl frame) [Enquire Now] 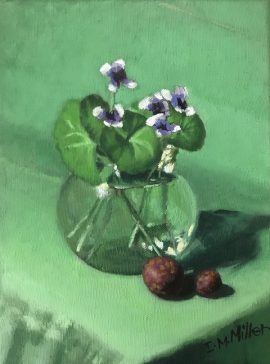 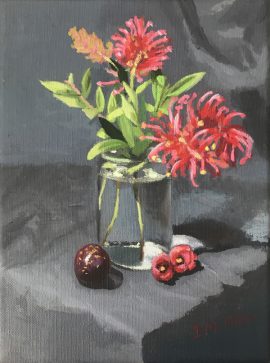 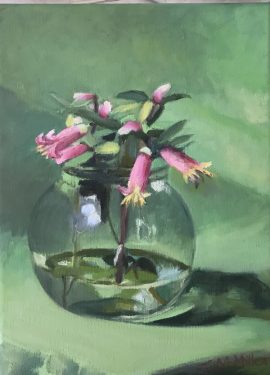 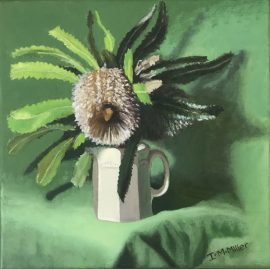 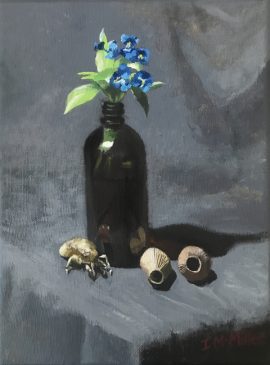 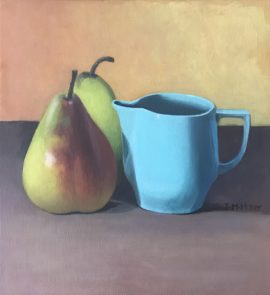 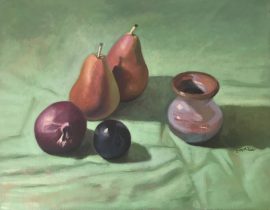 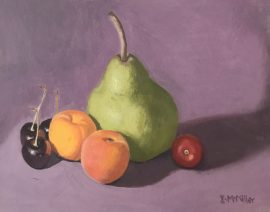 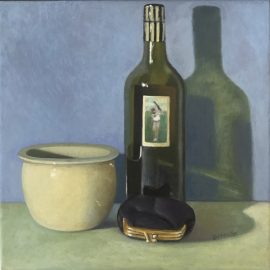 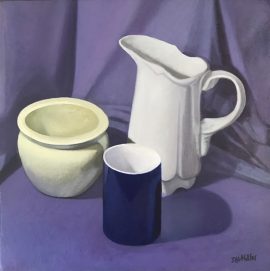 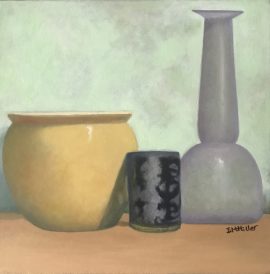 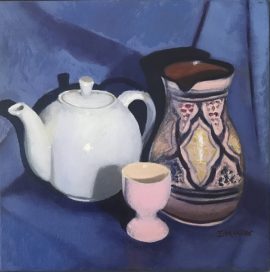 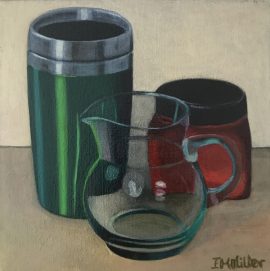 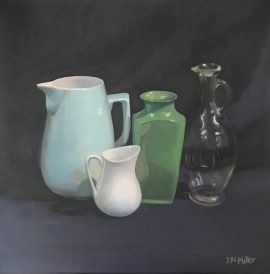 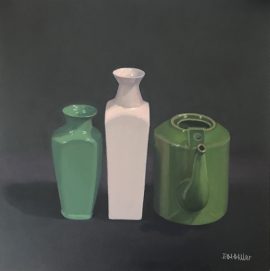 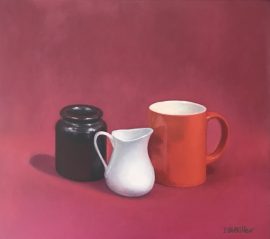 Artist Statement
I have worked with different genres, but I love painting still life. Still life allows me to concentrate on the play of light and colour on objects and their reflections and the shadows cast. I spend time selecting my bits and pieces wondering how they will play off each other when I arrange them in groupings.
I love native plants and have used them in my works to show off their beauty and show off what an amazing country we live in, with its special flora and fauna. I also am taken with the vases and bottles and ceramics etc that I use, that add to my works with their translucency, of the glass and the colour of the ceramics. Set together objects reflect their colour onto their neighbours and vice versa. It’s like a game of chess, each move having a concertina effect.