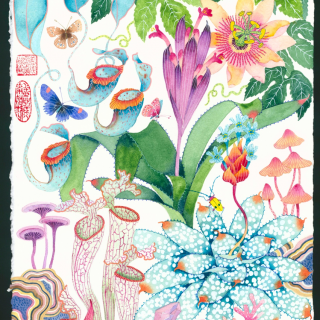 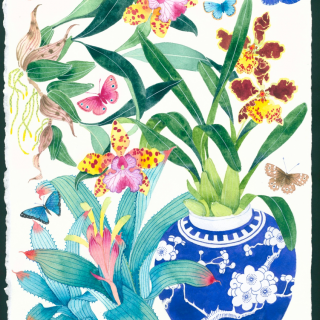 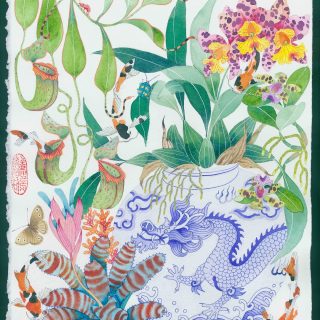 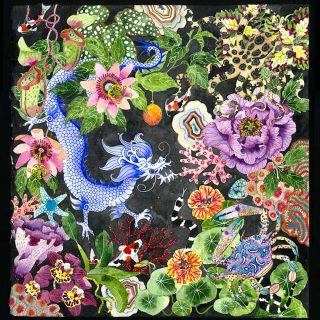 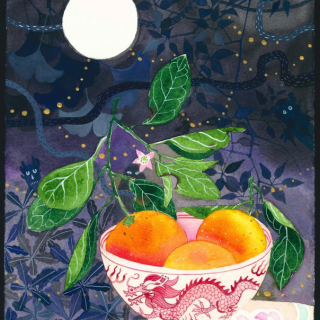 I am graduate of the Otago School of Fine Arts, Dunedin NZ, working in watercolour on paper and canvas. I weave stories into my work based on my experiences as trans-racial, Asian adoptee with engaging and lavish imagery. Many of my images are of things I have found in Sydney: items familiar to most viewers but with unexpected elements. A joyful and chaotic assemblage of blooms and fruit displayed with a collection of ceramics from anywhere and everywhere but with a narrative that draws the viewer in for a second look.