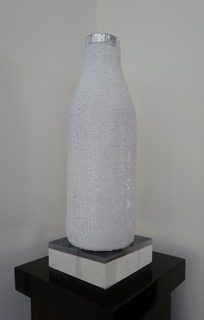 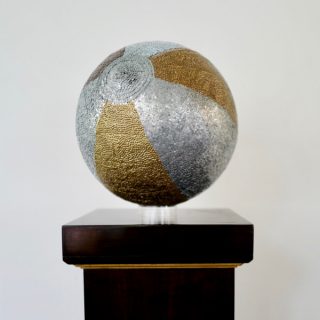 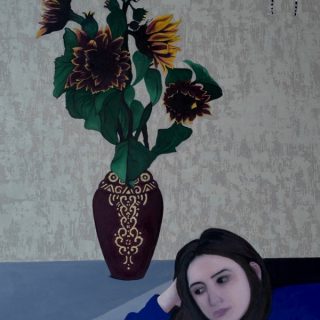 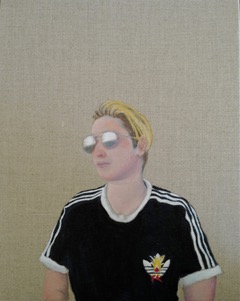 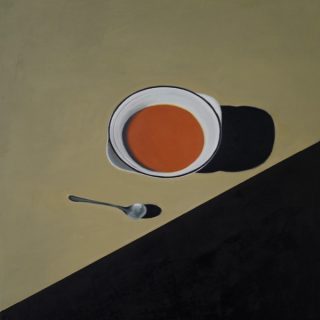 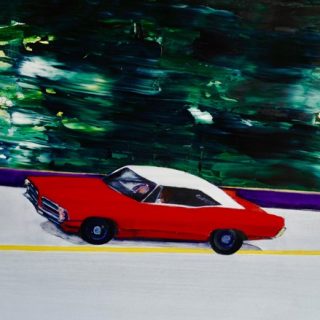 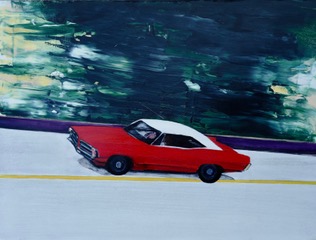 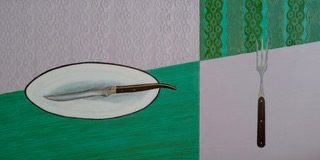 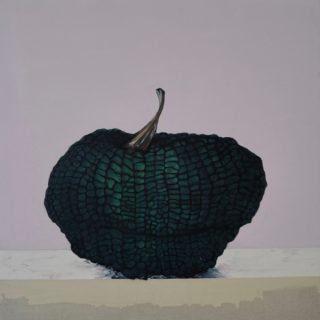 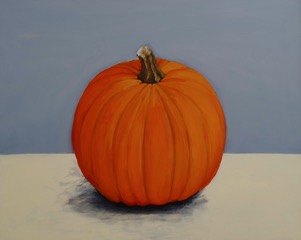 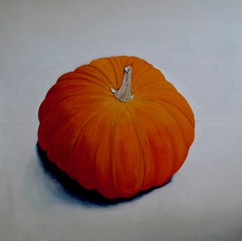 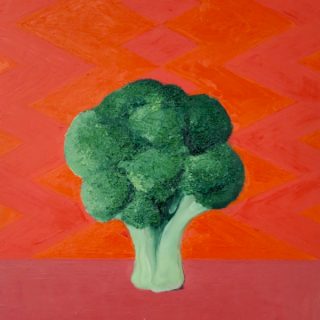 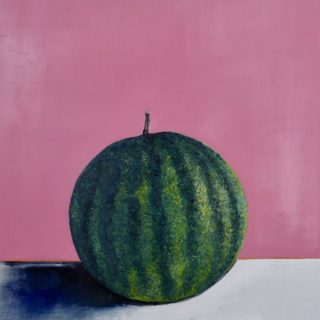 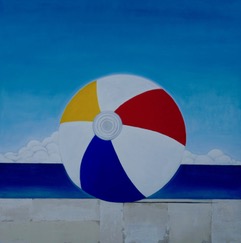 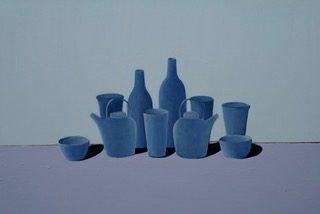 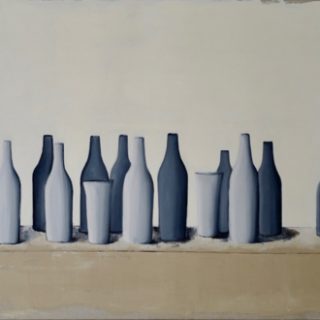 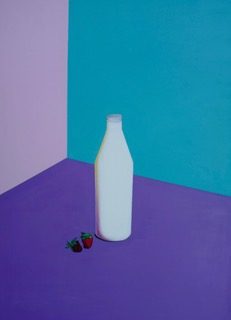 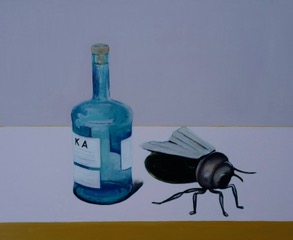 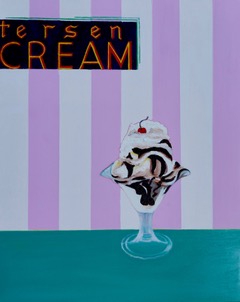 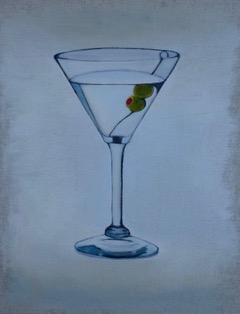 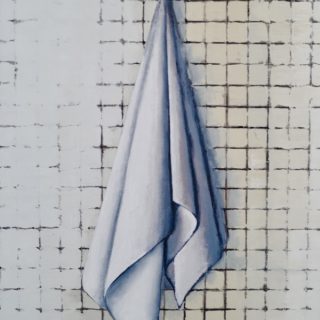 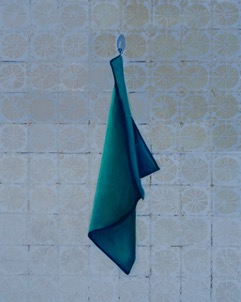 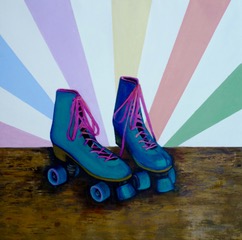 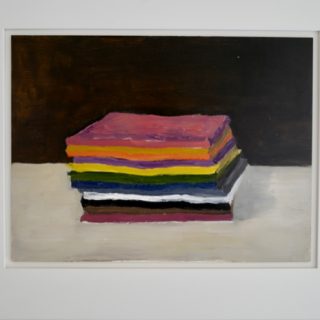 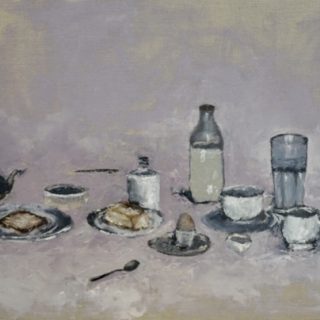 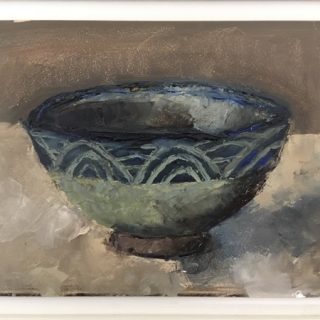 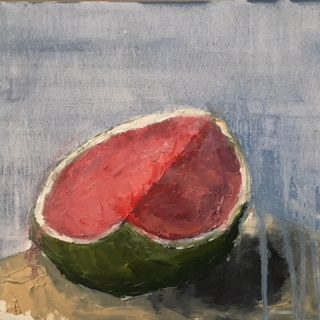 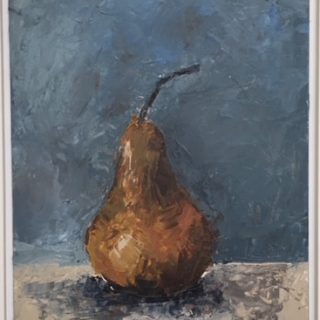 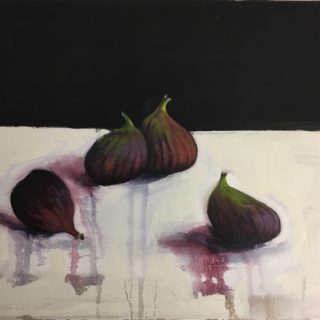 Artist Statement
Whether it be a box of cigarettes and a glass of chocolate milk, a beachball, a banana split, a slice of watermelon, a roller-skate or a bowl of tomato soup; what messages lie beneath the surface of the object is where the fascination appears. These objects breath a life of their own. They encapsulate nostalgia and memory. They speak of psychological connections and
inter-relationships to both past and present memories and histories.
On the surface objects are simplistic, minimal and visually graphic but beneath the surface of their physical constraints they have a life of their own. A life, not just their own, but one they share with us and are a result of our emotional and, psychological experience and are part of our human DNA. They speak of emotional triggers embedded in both past and present contexts.
The still- life paintings speak of mystery in a past tense but simultaneously have an air of contemporary allure. My still life paintings showcase objects. The objects communicate narratives both didactic yet simultaneously encapsulate a sea of endless possibility in meaning. There are more questions posed then there are answers to be received. This is because a person’s life trajectory, the memories built, evolve in non-linear ways. The objects have in a sense, character traits and these traits lie dormant when we don’t engage with
them. However, when we do, they flood you with connection, relationship, memory and nostalgia. They too hold memory and experience. We change they change.
The objects and their significance are intentionally elliptical. The everyday object is seemingly banal and ordinary. But in this case the ordinary object becomes an extraordinary object because of the aura of power they hold.
Influences are grounded subliminally in the Pop art movement, The International Style in Advertising and inspired by artists such as Rene Magritte, Wayne Thiebaud and Veja Cilmans.
The power of semiotics plays a part in these still life paintings. The Cigarette box and its presentation seems familiar. It belongs to a time past but is still used in the present. It holds the 1950s historic narratives. The chocolate milk is a metaphor for childhood innocence. The Roller-skate design alludes to the 1970’s but is used in the present context. The objects are part of a time machine.
Objects also captivate their audience with their simpleness but also of their immense beauty. Like human’s just beneath the surface is their life story-a narrative that speaks of the human experience, as well as the meta-narrative which cites still life painting and the canons of its histories.
When alluding to advertising history, each object is like a Kodak moment. The object holds a miniaturecinematic life narrative. Examples of this can be seen in the still life painting titled Home for Lunch based on a childhood memory connected to a time when I came home from school after having a bad day…also remembering quite nostalgically of it being a harshly lit day. The enfolding drama of that day and its memory is captured within the object-a tomato soup bowl and the emotionally satisfying comfort it gave me.
Or Kodak memory #2, the still life painting titled Chocolate Milk and Cigarettes. This image draws the viewer into my daughter’s world, that is, her room. Herein lies the synchronised tension between the world of the child and that of the adult captured in one person’s experience, in this case my daughters.
My practice involves a meticulous process of working quite slowly, building layers of paint and surfaces. The medium is traditional oil paints on canvas or board. The scale is small creating an intimate quality. Repurposing found objects such as 1940’s French antique frames are integrated into the work. The metaphor of past and present histories and narratives are contained within these frames.
Natural Sydney light plays a significant role in determining colour choices and the effect of chiaroscuro within the works.
The colour pink holds particular importance. It has an extraordinary contradictory power as a symbol, depending on the cultural narrative and context it expresses. For example, in Japan it can have many nuanced meanings such as being the symbol of a slain Samurai. In Korea it’s a symbol of trustworthiness and in the Western tradition its meaning shifts according to time and place such as 18th century fashion obsession, 1960’s pop favourite as well as more recent interpretations such as gender neutrality and emotional connectedness. As Miley Cyrus famously stated “Pink is an attitude” with that said, let the objects within the still life paintings tell their story.

Commissions
Several Corporate and Private Commissions in Australia and USA