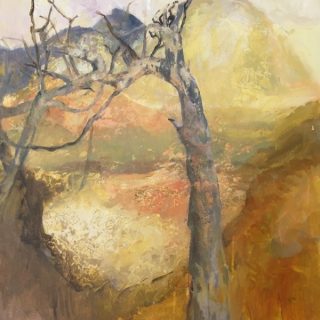 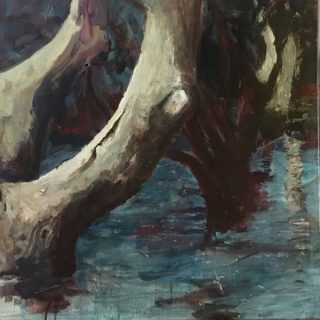 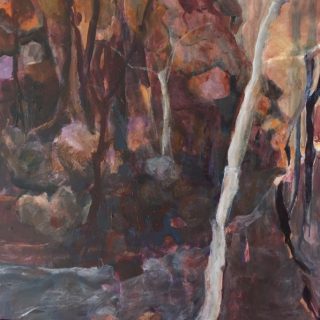 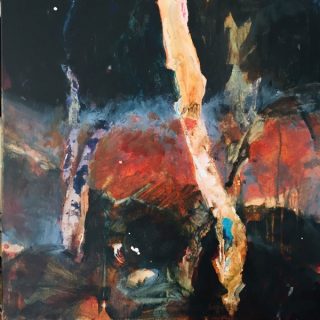 Artist Statement
I have had a life-long passion for the Visual Arts. My love for painting, particularly landscapes, really began when I had a yearning to ‘go to the country’ after my parents had passed away in 2010. I am not sure where this ‘voice’ came from as I was a ‘Puberty Blues’ babe who loved the beach. But there we are… my passion for the Australian landscape began.
This series of paintings have been very much about trees; their secret life, their importance to humanity (both physically and spiritually) and their irreplaceable place in our beautiful Australian landscape. I began painting for this exhibition after retiring from Visual Arts teaching in December 2019. The incredibly sad death of so many trees through drought and bushfire had enormous impact on me and my practice. I didn’t aim to paint trees as the focal point of my landscapes but in each they became the hero. Throughout my plein air note-taking, drawing and photography, it is evident that I have been sub-consciously a ‘tree venerator’ for some time; they have dominated all my looking in whatever form they take; dead, alive, weeping, tall, rhythmic, tangled, curvaceous, fragile, powerful, grey, rust, blue …..
I dedicate this series to trees.

Biography
Angela has had a diverse and accomplished career in exploring art through different lenses – commercial publishing, education and more recently with her own studio. Throughout, her passion has been to explore the expression of self and of place through visual means and her highly successful career as an art teacher has inspired many. Her focus now is her own work. She is particularly inspired by the Australian landscape, with works as diverse as the rich heritage and raw power of Central Australia and the Flinders Ranges to the inspiration she finds from the landscape surrounding her studio in the Southern Highlands of NSW. She has previously exhibited at her Studio Rohini in Turramurra.